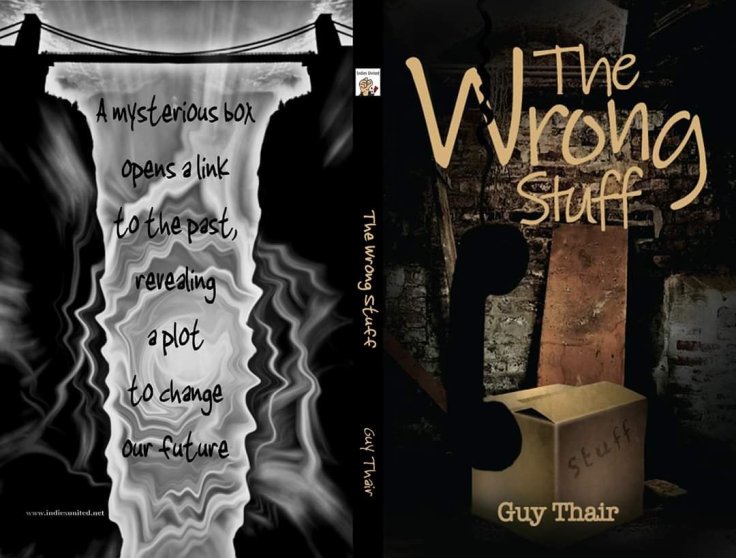 Those lovely people at Indies United Publishing House have had one of their interns make me a very stylish video trailer for The Wrong Stuff, my first and so far only novel, which is AVAILABLE HERE in paperback and eBook editions.

I think they did a fabulous job and I can’t praise them highly enough for all the support they’ve given me, see what you think… 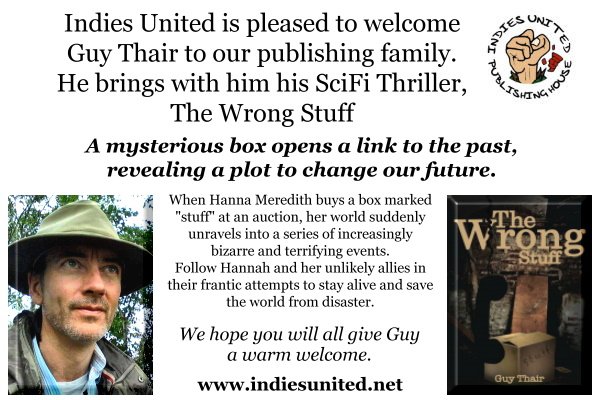 On Wednesday the 6th of February 2019, that’s this Wednesday, my accidental debut novel, The Wrong Stuff receives its first proper, professional book launch, courtesy of Lisa Orban and the lovely folks at Indies United Publishing House.

This relaunch of the book I wrote by mistake, while trying to finish a short story based on the word “stuff”, is the result of a lot of hard work by Indies United; including a lovely new cover by Danielle Johnston, (with a rework of my original artwork on the back) custom chapter headings, new fonts and actual editing!

So for those who missed it the first time round or for any of you who were patiently waiting for the definitive edition, now’s your chance to snap up a copy ahead of the official release date.

The Wrong Stuff is available for Kindle as well as in paperback, so why not keep one for yourself and give one as a gift. I’m sure the Valentine bookworm in your life would appreciate it.

THIS IS THE LINK FOR UK READERS

EVERYONE ELSE GO HERE

***** “The Wrong Stuff” is a fast paced, rollicking, adventure story, originally created on-line by Guy Thair using an unconventional creative method – each week a fellow blogger would give a writing ‘prompt’ (often only one word), which Thair would use to help improvise the next stage of his story. This resulted, (along with the author’s obvious skill), with a fresh, spontaneous and lively tale, told with infectious enthusiasm and dark humour.
Fans of thrillers, sci-fi, or just a darn good read will not be disappointed ! Check out this paperback gem”

**** “I am a total book worm but rarely give anything 5 stars, so 4 stars is very good, coming from me! I did enjoy this read. Fast-moving and surprising, in places quite gripping, even though it was not my usual type of choice. I thought the story was cleverly crafted and has a satisfying conclusion. I’d be interested in seeing more from this author.“

***** “Great book – easy to read, difficult to put down .I am am not a book reader but I finished it in two sittings loved it“

***** “The Wrong Stuff” is a fresh, rollicking sci fi adventure, with lovable characters of just about every description. It was written as a collection of responses to random word cues (beginning with “stuff,”) the awareness of which adds a conspiratorial dimension to the reading experience. The plot is a verbal puzzle, crafted piece by piece, and the pieces dovetail nicely! The result is a seamlessly approachable, darkly funny style.
Heroine Hannah Meredith, keenly instinctive bargain hunter, buys an odd box from an auction. Immediately afterward, her life becomes far more complicated as she discovers the story behind her purchase, and behind the other parties interested in it. Chased by corporate criminals seeking world domination, she teams up with a surprisingly effective crew of loyal misfits to preempt an economic coup that would prove devastating to the global economy. The job gets trickier and trickier, as scientific marvels derail simple solutions. Hannah and her new allies pull off some elegant footwork as they try to outscheme, outpace, and give a lesson in humanity to the greedy Powers that Be.
I thoroughly enjoyed this book. The author’s vivid, relatable storytelling inspires genuine affection for the characters. I was so invested in them that I turned page after page just to make sure justice was being served. “The Wrong Stuff” is impossible to put down!“

A little late for Linda’s birthday, but a post worth sharing, nonetheless… 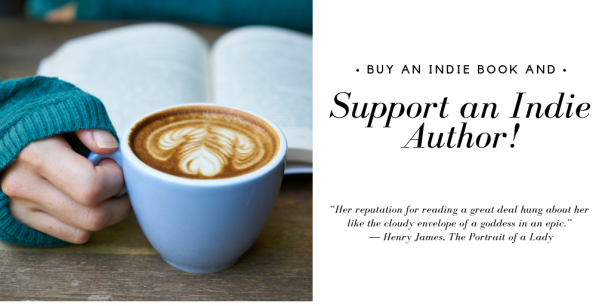 It’s my birthday! My wish for this year is to give back to the writing community here on WordPress and all over social media for all the support you’ve given me over the past year.

To celebrate, I’d like to propose that if you’re a self-published, independent author, drop a link (Amazon only, please) and a sentence or two about one of your novels in the comments here, especially if it’s on sale today.

And if you’re a reader and you love to escape into the magical world of books, consider buying indie! Find the links (mine included) in the comments.

Thank you, from the bottom of my little writer’s heart. ❤

The Wrong Stuff is back!

Yes, my debut novel is returning from its sabbatical. I regained the rights to my work in November and finally got around to navigating CreateSpace’s publishing website on my phone at the weekend.

There will be a slight delay until the paperback is available (I’m waiting to approve a proof copy) but the Kindle edition is out now and I have priced it at a very reasonable £2.50.

Here’s the blurb, for those of you who somehow missed it the first time round…

Hannah Meredith has always had a good eye and she’s a veteran bargain hunter, but she isn’t prepared, when she buys the box marked “Stuff” at a mysterious auction, for her world to suddenly unravel into a series of increasingly bizarre and terrifying events.
Soon on the run from a sinister cabal of vengeful corporate villains and their homicidal henchmen, Hannah must foil an evil plan to bring the world to the brink of global economic collapse, all the while keeping one step ahead of her pursuers.
A fast-moving thriller with a sci-fi twist, the plot stretches from chases through grimy backstreets of Victorian London back to the present day, where sudden violence shatters the tranquility of the English countryside.

Following Hannah and her unlikely allies in their frantic attempt to stay alive and save the world from disaster, The Wrong Stuff is exciting and original, with more than a touch of black humour.

And here are the reviews from its original release. 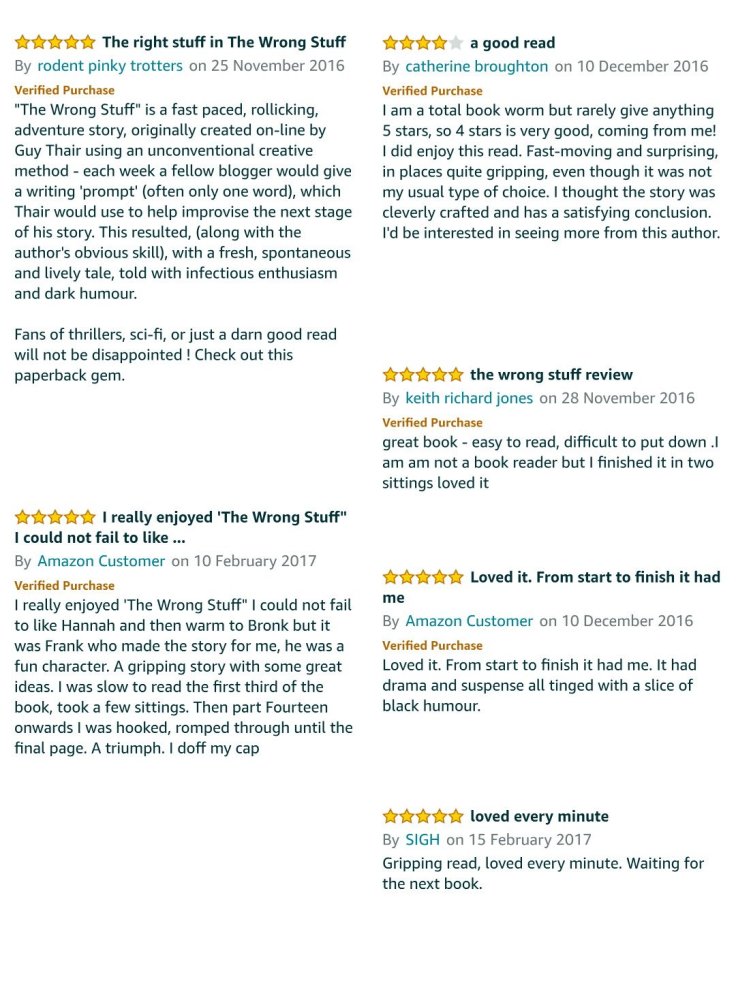 Go on, treat yourself, you won’t regret it.