This week’s scorching hot edition of K’lee and Dale’s Cosmic Photo Challenge was brought to you by my prompt; The need for speed.

Now, I rarely pick a challenge’s theme based on a predetermined idea, I usually just post the first thing that pops into my head and try to find inspiration from that. But I already knew I was going to have a specific photo-opportunity at the weekend, so I kind of cheated. Plus it ties in nicely with Lewis Hamilton’s valiant, if unsuccessful, fight-back in the British Grand Prix yesterday.

It was worth it, though, as you’ll see in a moment.

Two years ago, Audrey and I went to the small village of George Nympton, on the edge of Exmoor National Park, one slightly drizzly July Saturday afternoon, for their annual fete and live-action recreation of ’70s kids TV favourite, Wacky Races.

If you are somehow unaware of this televisual classic, here’s the intro…

…so that you can compare and contrast, later.

Anyway, back to the same Saturday afternoon, but fast forward to 2018 and add blazing, tarmac-melting heat. Both Audrey and Rhonda joined me for this year’s festivities and the same mix of entertainment was on offer as I remember from last time; a mouth-watering hog roast for lunch, a stroll around the stalls, (getting there early paid off and I bagged a few CDs and a DVD box-set)…

…a small dog show, with views across the beautiful, rolling hills of the Devon countryside… 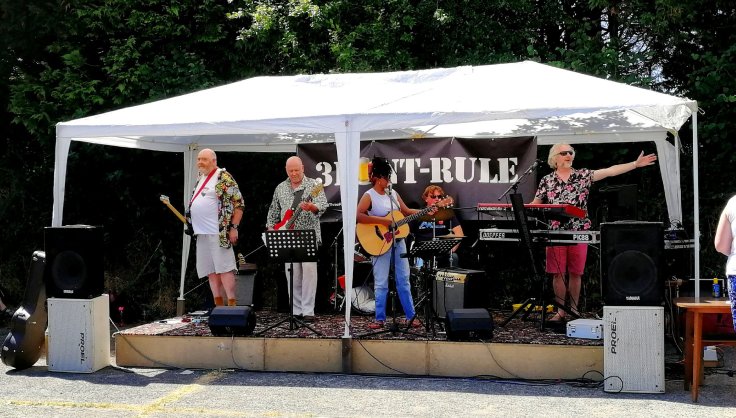 …and of course, the racing itself.

The road into the village is on a very steep hill, with a sharp, almost 90° corner half way down, where the road becomes slightly less steep for a long straight run to the finish line outside the church.

Since this is the only road through the village, organisers have to use walkie-talkies to coordinate traffic control for each race, but the four homemade vehicles and their intrepid riders all got their moments of glory in the sun eventually.

There were two of a more traditional go-cart design… 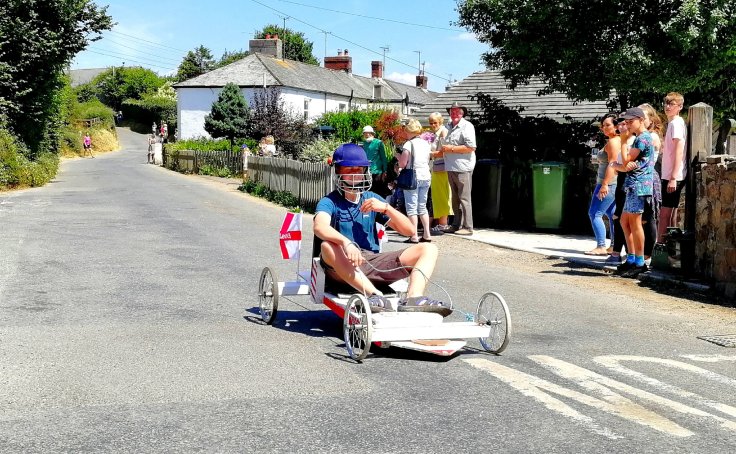 …along with this little guy and his Battle Bus… 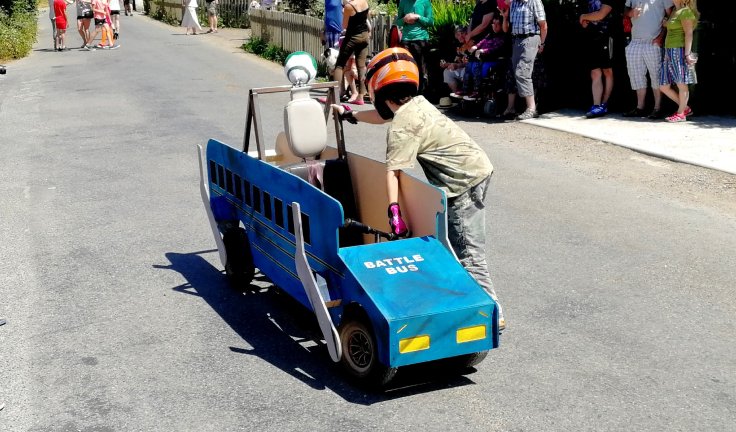 …who I missed as he crossed the line on his second run, but you’ll see him in action soon, as I did catch all the action on video.

Last, but certainly not least, was Audrey’s undoubted favourite; the fabulous Scooby Doo Mystery Machine, complete with costumed team and smoke effects, which was the overall winner of the time trial, not surprising when you see how fast it came down that hill. 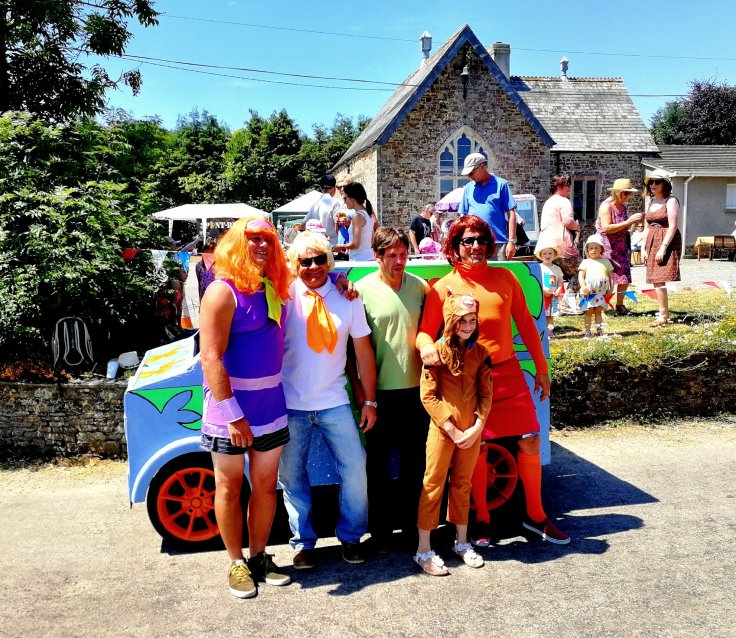 The racers were towed up the hill by quad bike…

…then a few minutes later, this happened:

Check out the clip, it’s only one minute long, then show us what you did to get up to speed with the challenge this week.

To get involved with the challenge, post a photo to your blog on Monday, add a pingback to this post (or to K’lee’s) and don’t forget to tag your post #CosPhoChal.

Alternatively, add a link to your blog in the comments of either mine or K’lee’s post and we’ll come and check out your entry.

Any and all effects, editing, Photoshop, Instagram, morphing, collages or whatever other post production techniques you fancy are permitted, (in fact, they’re actively encouraged!) so get creative and turn your photos into artworks for the Cosmic Photo Challenge.